What Has Motherhood Taught You? 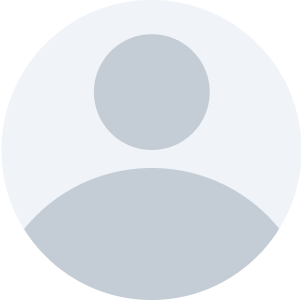 We only ask them one question : "What has motherhood taught you?"

And here are their answers:

"Motherhood has taught me a new, different world I never know existed before. From breastfeeding (at all cost--even when you were hospitalized!) to putting aside my ego for the sake of my kid, my family. Also it teaches me other cool soft-skills, like comprehensive time management, multitasking, compassion, wisdom, and being responsible for everything involving my kid. Aren't we as a mother not just wanting what's best for the kids, but also want the kids to someday serve their best to the community?"

"I understand my mom better! Being the same working mother with a daughter, I am doing many things that my mom was doing. Like calling her from wherever I am, at least once daily to ask her the same questions: "How are you today? Have you enjoyed the school today? And what are you doing now? Have you had food?". I understand about my mom's

concerns and worries, as much as her hopes for her daughter, since I share the same concerns and hopes now. And on top of that, I am even doing things I used to hate when my mom was doing back in my younger years. I used to get tensed when she was telling me to have proper food. But now I am doing it myself to my daughter. I used to think she was nosy when she was telling me things. But like it or not, I am telling Naila the same things she told me almost 30 years back.

After becoming a mother myself, I realised that being a mother is a continuous learning. Every stage of parenting has its own problems, tricks, but also its fun. One thing that I am still learning to do is to always think that Naila is a free and independent individual. I may not force her to be someone I want her to be. I just have to provide the foundation, and let her develop herself based on it. This is not always easy, since as a parent sometimes you want your child to be like you or even better than you. Or you want her doing things or become someone you always wanted yourself to but you could not.

On the other hand, it's amazing to see how Naila always wants to be like me! I am like her role model, even though I don't spend that much time with her (I'll elaborate more on this later, about my being away from her for my works and studies). Since she was just able to talk a bit, like 1.5 years old or so, she used to say, "Neng mau seperti Bunda". Well, Neng, I just want you to be "better" than me, in your own way :)" "What has motherhood taught me? A lot, for my children are also my teachers, I discover new things about myself everyday because of them. They gave me new meaning to every single thing exists in my life. And one of the things I learned from them is that there is nothing, literally nothing, I wouldn't do for them."

" It has taught me that life IS about learning. I learn so much from my children. Learn about love, respect, tolerance and the purity of their hearts. I also learn that there is no such thing as quality time. Kids only know quantity time. So I have to explain to them that I work for selfactualisation, something they will also cherish when they grow up. But I will always be able to spend time taking them to school, attend school activities n surprise them by going home early every now n then. I also take mondays off to be with the kids 24hours."

So what about you other mommies out there? What has motherhood taught you so far? :)

Mommies Daily is dedicated to all Indonesian moms out there, who just like us strive to be realistic and practical mothers. We hope you enjoy your stay.